It all started the day my favorite book went missing from the [school] library. I didn’t know it was missing. Not yet.

ALAN GRATZ is a New York Times bestselling author of a number of novels for young readers. This newest book, BAN THIS BOOK introduces young (and older readers) to award winning books that have been challenged or banned in libraries. The book will be released in time for the 2017 American Library Association’s Banned Books Week slated for September 24 – 30.

BAN THIS BOOK opens with the 9 year-old avid library lover, Amy Anne, racing to her school library to check-out her favorite book for the umpteenth time. This day, Amy Anne discovers the book, From the Mixed-Up Files of Mrs. Basil E. Frankweiler is not on the shelf.

After a complaint by a concerned parent about the moral messages several books in the library teach readers, the local library board skips protocol and has ordered the books, including From the Mixed-Up Files of Mrs. Basil E. Frankweiler, removed from the library shelf. The library board will hear public comment about the pros and cons of permanently banning the books at their next meeting.

I know, [says the school librarian]. . .Nobody but your parents has the right to tell you what books you can and can’t read. I promise you, I’m going to fight this. . .You can help get it back, Amy Anne. . . .[Tell the library board] why you like that book so much. . .

Amy, a shy and reluctant public speaker, attends the board meeting but fails to summon the courage to speak up.

The librarian reminded the library board they had approved the Request for Reconsideration form and specific procedures for considering the merits of a book but they chose to sidestep the rules. The highly influential community matron’s highly emotional speech won the day.

Amy Anne take matters into her own hands and begins an underground effort to keep the books available to other students. She is caught and suspended from school for three days. The librarian, having had no part in the deception, was fired. Mrs. Spenser, emboldened, goes on a rampage stripping more books off the library shelves.

Mrs. Spenser’s own son devises a way to outsmart his mother and to show the library board the need to follow rules. It takes bravery and courage on the part of all the students to pull it off. As expected, all ends well.

There are many lessons  for children here. Reading exposes situations in a non-threatening way that prepares their own life crisis as they grow up.  They learn that even adults break rules but that rules are necessary and failing to follow them have consequences. Amy Anne shows that finding your own voice and standing up to what you believe in is important. And most importantly, free speech is a guaranteed by the First Amendment and no one but your parents should have the right to stop you from reading something. 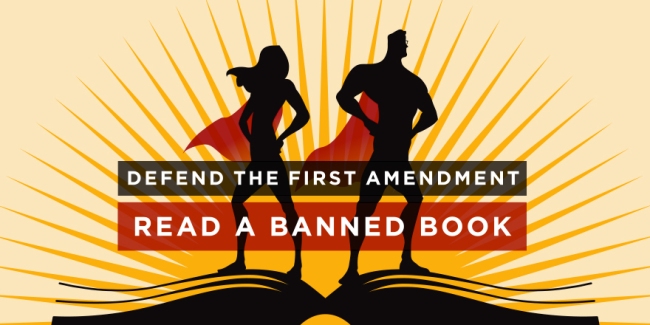 Banned Books Week is an annual event celebrating the freedom to read…[It] highlights the value of free and open access to information. Banned Books Week brings together the entire book community; librarians, booksellers, publishers, journalists, teachers, and readers of all types, in shared support of the freedom to seek and to express ideas, even those some consider unorthodox or unpopular.

I was naive as child to assume I could have access to any book I wanted to read as soon as I was able to read it.  Back in the dark ages of the 1950’s, I thought I was a real big shot when I mastered Fun With Dick and Jane. It wasn’t until high school that I learned that some books offend some people and those people didn’t think I should make my own reading choices.

The American Library Association’s Office of Information Freedom began collecting data about challenged and banned books in 1990 and that list of 20,000+ is just the tip of the iceberg – it doesn’t include unreported challenges.

If you want to see a list of the most popular titles listed by challenge reasons, visit the link to the ALA in the graphic above.

Each year, I choose a title from the latest list of challenges and read it for myself. This year’s selection is: 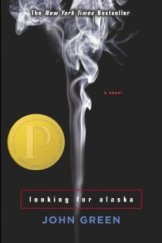 Stayed tuned for my review and thoughts in the coming weeks. If you choose  to read a title from the banned books list I would love to hear about it!